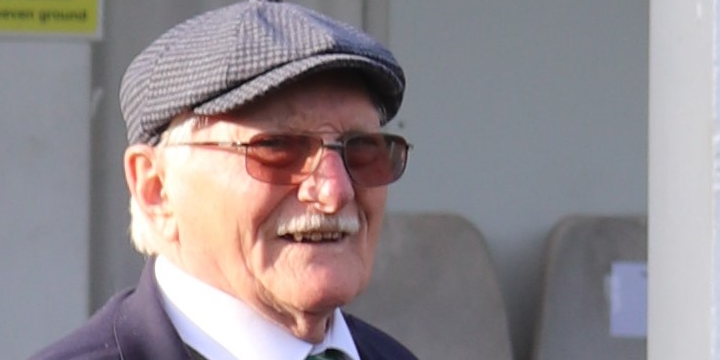 There can’t be anyone in the Whyteleafe FC ‘family’ who wasn’t greatly saddened to hear of the passing of the club’s Life Vice President Tony Lidbury.

A former player, Chairman, President and the most loyal of club servants, Tony will be sorely missed.

Due to the current Covid 19 pandemic his funeral will be for close family and friends only. But his funeral cortege is to pass Tony’s beloved Leafe ground and it would be great to see fans line Church Road and show their respect for the great man on his final journey.

The cortege will pass Church Road from 1.30pm on Tuesday, December 22nd

The ‘Life’ part of Life Vice President was well deserved but it meant just that. He gave much of his life to Whyteleafe FC, as a player (by all accounts he was a very good goalkeeper) and then obviously in various managerial roles.

“I’m a relative newcomer to the club so, like many, I’d love asking Tony about the ‘old days’ and I’d be enthralled at his recollections, not only of the football club’s early years but also tales of Whyteleafe village. Tony’s father ran a newsagent’s shop for many years and was at the centre of the community.

“It was a lovely touch when the new sign went up above the ‘Tony Lidbury Stand’ this summer and there was a definite spring in his step when headed towards ‘his’ stand. Indeed, I recall one of my last conversations with Tony was when pre-kick-off (possibly one of the Cray Valley games) he was walking past and I called out: ‘Hey, Tony Lidbury, are you going to sit in the Tony Lidbury Stand?” He smiled and replied: “I am!”

“There’s something very cool about having a stand named after you. Things like that aren’t just handed out they are earned. Therefore, there is something very right about the Tony Lidbury Stand. I don’t know about you, but I shall have a little wry smile and fondly remember Tony when I walk past it in coming weeks, months, years …”

Sincere condolences to Tony’s family and his many friends. Please join us in Church Road on Tuesday (22nd) to say farewell to a Leafe Legend. 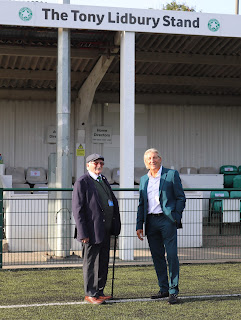