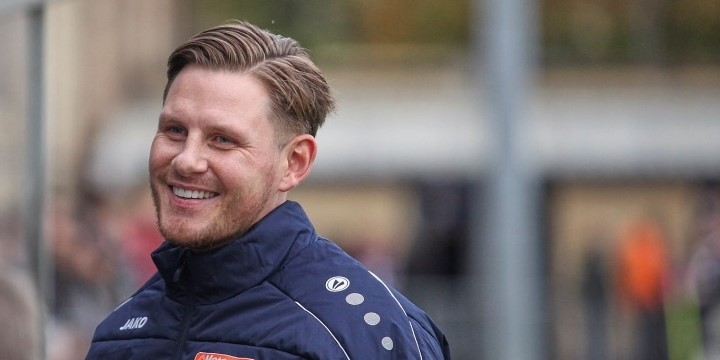 
A Word from the New Boy

Regular fans may have noticed a new face on the Whyteleafe bench – that of Mark Dacey, who replaces former Assistant Manager Calum McFarlane as Harry Hudson’s number two. We thought it would be a great idea to officially welcome Mark to the Leafe and introduce him to you.

Mark, welcome to Whyteleafe FC. You’ve a tough act to follow in Calum but how are you finding it so far?

Arguably, the biggest shoes I've had to fill so far. I had such high admiration for both Harry and Callum before I came to the club, it's only grown more in the month I've been here. Being the same age with similar coaching experiences so far has made it very easy to fit in.

You’ve arrived at what can only be described as a ‘purple patch’ and the club’s best start to a season for years. Obviously fortunes in football can change in an instant but Leafe is a good place to be at the moment?

Leafe are possibly one of the most exciting teams to watch right now. It's a hungry squad with management who coach and play the game the right way. If anything, we can guarantee value for money.

A successful environment is far better for a coach then joining a team rooted to the foot of the league table?

Each give different tests. Six years ago, I went into that very environment at East Grinstead with JP Collier. We won three out of the first five and the mood around the club changed.

Here at the minute the players are high in confidence which makes every time we are together that much more enjoyable.

Tell us about your coaching career to date, please Mark.

Football coaching been my life since the age of sixteen. I didn't envisage I'd still be involved when I started but the love for it is still strong. I've been very blessed to work at some top non-league clubs and with some great coaches.

Most of my time in youth football was spent with Adam Flemmin,g an incredible young coach who Harry has just hired at Kinetic.

As I said earlier, exciting times for the club at the moment. You must have enjoyed the result against Burnham?

Burnham could have been a banana skin. Pre-match was a little bit more tense that usual beforehand. Warm up was leggy. We asked the players pre-game how do we react if we go behind. We've taken the lead in every game so far. That in fact happened when Burnham took the lead after three minutes. The boys showed great composure to fight their way back into it. At 1-1 it was looking like only one team would really kick on.  Luckily, that proved to be correct!

How do you see the big date for Whyteleafe FC next Tuesday evening when we entertain Concord Rangers at Church Road and a visit from a comparative giant from the National League South. You must love coaching your teams to face opponents from higher leagues?

To be honest, the FA Cup is just about players showcasing what they can do. We have an exciting squad, with a huge number of them capable of playing at a higher level. Win or lose against Concord Rangers, as long as we play the game our way the result for this competition is slightly irrelevant.

Big test on Saturday, of course, with the visit of Cray Valley PM, many people’s tip for promotion this season. They too have started the season very well. How do you view that one?

Cray Valley have made some big name signings this season. They will roll a lot of teams in our league over with ease. The pressure is slightly on them more to deliver. Our camp is flying high at the minute, as you have said. It should be a great game to watch.

You may have noticed that Leafe has a hardcore and faithful following that under Harry we hope will continue to grow. How have you found the fans so far? We’re a friendly bunch!

To be honest, I haven't had a chance to meet many so far, shadowing Harry and Cal (before he left), I kind of sat in the background observing. But I'm sure over time we will form a strong relationship. It doesn't go unnoticed how they travel home and away to support the team. I’m looking forward to meeting the Leafe fans in coming weeks.