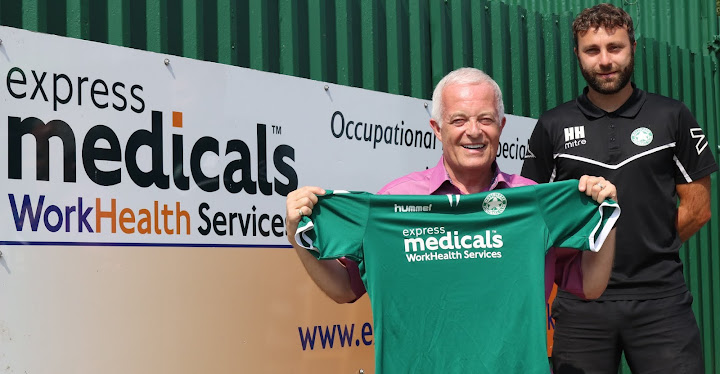 Whyteleafe FC has secured a vital extension to its sponsorship deal with Express Medicals for the 2020-21 season.
We were given confirmation of the extension when Express Medicals CEO Dan Hegarty paid a socially-distanced visit to the club to discuss a new agreement with Chairman Mark Coote and Vice Chairman Clive Davis.
Express Medicals has sponsored the club’s first team for the past three years – and has now extended its support to other activities around the club to help with a range of new challenges the club faces as part of the COVID-19 crisis.
Express Medicals is one of the UK’s leading independent occupational health companies with more than 24 years’ experience providing medical testing, drug and alcohol testing and wellbeing services.
“We’re absolutely delighted that Express Medicals has chosen to support us again – it makes a world of difference, particularly in the current economic climate,” said Mark Coote.
“As a non-league club that has now gone nearly six months without being able to generate income and still unable to admit spectators to matches, it goes without saying how important this sponsorship deal is to us.”
“Add to that the additional benefits that an occupational health company brings to the club, especially this year, and you realise just how important this deal is to the long term survival of Whyteleafe FC.”
As well as its sponsorship, Express Medicals is working with the club to provide wellness support in other ways – starting with sessions for the WFC Academy in early September, focusing on stress and ways to deal with challenging situations in advance of World Suicide Prevention Day on September 10.
“As an occupational health company, we’ve been at the centre of COVID-19 testing and support in a variety of forms – helping people with their physical and their mental health,” explained Mr Hegarty.
“Sport plays such an important role in stress relief and lots of the players at the club have spoken to the coaches about the struggles they faced during and post-lockdown. We’re going to offer ways that these young men can talk about and start to deal with stress, giving them strategies to support themselves and each other. Suicide is the single biggest killer of men under 45 in the UK and this year in particular it’s vital that we know how to spot the signs of stress in ourselves and others to get help at the right time.
“We’re delighted to be associated with Whyteleafe for another season: it’s a real community club, and has fought very hard to raise funds so they’re ready to open as soon as football gets up and going.” 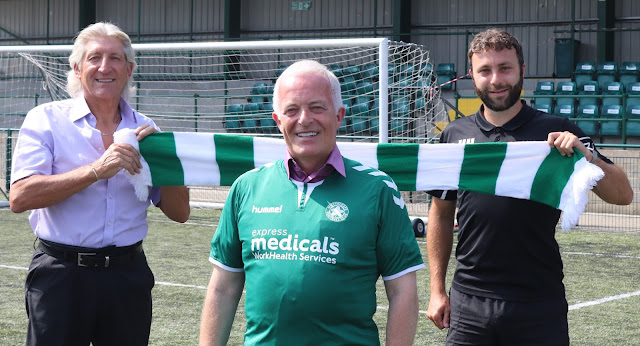