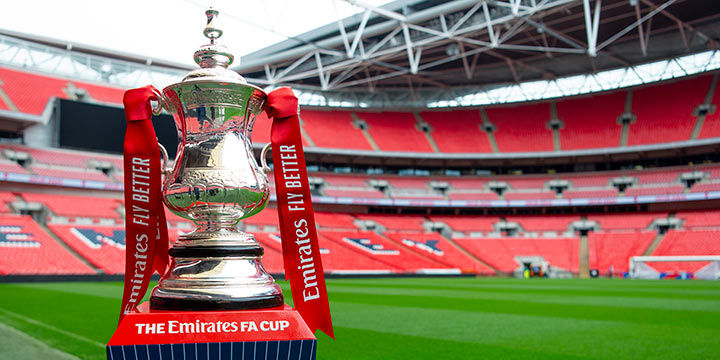 
A lovely warm afternoon at Church Road on Saturday for the visit of Bearsted FC from the SCEFL Premier Division and the little matter of an Emirates FC Cup Preliminary Round tie.

Actually, we shouldn’t have been playing Bearsted.

They were knocked out by Peacehaven & Telscombe ten days before, losing 5-3 at home in what sounds like a corker of a match. However, the victors were booted out for fielding an ineligible player and Bearsted were reinstated and it was they who headed to East Surrey.

Leafe boss Harry Hudson, having managed in the Southern Counties East league for several seasons, knows how ambitious, competitive and dangerous many of the teams in that division are. Think how well Cray Valley PM and Sevenoaks FC (to name but two) have done in the Isthmian South East, once promoted.

However, having comfortably dispatched another SCEFL side, Glebe FC, in the Extra Prelim round, Harry was confident going into the game although was aware of the dangers that Bearsted would pose.

As it turned out it was another comfortable win for Leafe and we were a goal up within four minutes. Debutant Omari Hibbert, a big centre forward, putting the ball away neatly. He looks a real handful and gave the Bearsted defence headaches all game.

From kick-off it seemed as if Bearsted FC had come to sit back, soak up pressure and catch Leafe on the break. An odd tactic really given that there are no replays this year and surely, they had nothing to lose in an FA Cup tie against higher opposition?

The home fans didn’t have long to wait for number two. After more great play by Hibbert in the 12th minute, the ball ended up at the feet of the mercurial Ryan Gondoh, who had time to pick his spot from middle of the goal about eighteen yards out. No surprise to see the ball heading for top bin of the Bearsted net.

Whyteleafe were enjoying themselves with the front three causing disruption every time they ventured forward. The visitors had a few half chances and perhaps their striker Harrison Hatfull will feel as if he might have done better with one of them.

What was all the more impressive about Leafe’s display is the fact that Hudson was without three regulars due to injury – defensive midfielder, Ricardo Thompson; midfielder, Mannie Mensah and winger, Andrew Sesay – and when they are fit it will give Harry a selection problem on this evidence.

Just before half-time the result was put beyond doubt, when captain Helge Orome grabbed the third. A very popular scorer (I may be wrong, but I am sure that is Helge’s first goal from open play for Leafe). More great inter-play between Gondoh and Hibbert saw the ball run loose on the edge of the box where Helge managed to keep the ball down and buried it into the Bearsted net from distance.

It has to be said, he took it well and it capped a very assured display from Helge, who is settling down very well in his new right-side of midfield role. He links play, always gets a tackle in and looks after the younger players in the Leafe team, talking to them, cajoling them, all game.

The expected backlash from Bearsted in the second half didn’t materialise and at times, from their measured build up play at the back it was as if it were they who were leading 3-0. There just didn’t seem to be any urgency in their play. Having said that they have some talented players in their team.

I suppose it was understandable that Leafe took their foot off the gas slightly in the second half and they were controlling the game in midfield, while Gondoh, Hibbert and David Owusu caused all sorts of trouble for the Bearsted defence. Not un-reasonable to say that we could and maybe should have scored another four goals, with the normally accurate Ryan Gondoh missing a couple he’d normally score, while Omari Hibbert blazed over from mere yards out with defence and keeper beaten and the goal at his mercy.

A quick word for one Gondoh chance from close in that looked a certain goal, only for Bearsted keeper, Scott Andrews to make a brilliant save somehow pushing the ball around his left-hand post. Even Ryan had to acknowledge the quality of that stop.

The game was put to bed in the 74th minute though when Omari Hibbert scored his second (not a bad debut – two goals and an assist) after a precision ball over the top of the Bearsted defence who were once again caught out playing a high line and Omari had the time to pick his spot for the fourth goal.

Those chances always sound easier than they are and Hibbert kept a cool head when under pressure and on his debut too, with an expectant Leafe crowd holding their breath. He tucked it away coolly.

Ah, the romance of the Emirates FA Cup, eh? Plus, we all remember last season’s cup exploits, don’t we? Harry and Calum took us on a lovely magical mystery tour. It couldn’t happen again could it? Could it?

First of all though there is Pitching In Isthmian League South East business to attend to and we head to the Kent coast and Herne Bay for our opening game of the season this Saturday (September 19 – 3pm) before we are back in FA Cup First Qualifying Round action under the lights at Church Road (Tuesday, September 19 – 7.45) and entertain Berkshire side Binfield FC of the Hellenic League Premier Division.

Always a good atmosphere at Church Road for evening games under the floodlights so an FA Cup game should be even more special and Binfield will receive a warm welcome. See you there …